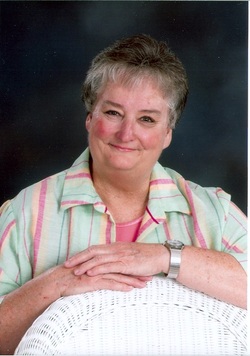 Why do I do what I do? I love dogs.  My infatuation began when I was a very young child.  I use to watch the “Let’s Make a Deal” program and salivate over the door with the year’s worth of dog food and the Saint Bernard.  I think the worst thing that could happen to me is to never have a dog.

Bob Jones University did not allow students to have anything in the dorms bigger than a fish.  So I got a goldfish naming it Lassie. For one year I took that crazy fish back and forth to school.  One time it even went to Disney World.  I put it in a bucket under the car while we were inside Disney World. So you see I’ve always been a frustrated dog trainer.

But the reason I really train dogs is because of a cocker spaniel named Magic.  My husband and I rescued him in  1991.  I was his fourth owner in a year.  My husband at first despised that dog and begged me to get rid of him.  I told him if I could not fix Magic and I call myself a dog trainer. What in the world would the average person do with him.  It was four years before Magic would put his paw on my knee and at the age of 13 he would still not comfortably lay down in my lap.  The dog loved me and was my constant shadow but he was constantly on the alert for his world to come crashing in.  When I brought home my second rescue my husband told me I could not rescue every dog in the world.  It reminded me of the story about the young man throwing starfish into the ocean and someone told him there were to many starfish to save why bother.  He replied I know but I made a difference in this one’s life.  That is why I help people train their dogs.  I know I can’t rescue them all.  One trip to the shelter will illustrate that point, so I will settle for making a difference in one life at time.  Some day I hope there will not be any Magic stories to tell.

I have lived in St. Lucie County for the last sixty-six years, leaving briefly in the early seventies to attend Bob Jones University in South Carolina and returning in 1978 to practice nursing at Lawnwood Medical Center.  I left nursing in 1978 to teach high school then in 1988 I began working for St. Lucie County Library.  I have spent 28 years with the Library.

I acquired a degree in veterinary technology while working at the library and a degree in emergency animal management from FEMA.  I started teaching and really training dogs in 1992 with the Treasure Coast Kennel club.  I have worked with the county 4-H group as a dog trainer instructor and I have worked as a pet trainer with Petsmart.  In 2003 I applied for and received endorsement from the National Association of Dog Obedience Instructors.  I am also an AKC Canine Good Citizen Evaluator and an evaluator for the Bright and Beautiful Therapy Dog agency out of New Jersey.  I have worked with the Pet Therapy group of the St. Lucie Humane Society hence the birth of Star Bright Therapy Dogs. I have made guest appearances for the television show Tail Time and on the Kindred Spirit radio show.

I  have many goals to achieve in my life.  I currently own a Beagle, Shih Tzu mix, a Yorkiepoo and a Collie. The  biggest dog-training tip I could give anyone is to have fun with training.
Powered by